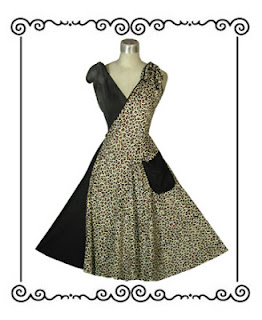 I showed it to you a while ago. It's from Whirling turban in a style that may not be available anymore but was expensive when it was. It's a cool dress - two pieces and each piece is reversible so it has different wearing combinations. Well, look what I found! 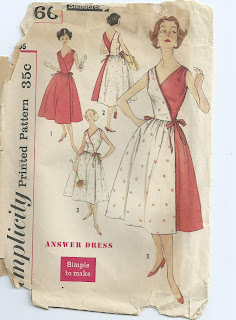 It's Simplicity 2466, a slenderette answer dress. I'm so excited! The envelope and instruction sheet are in terrible shape. I need to find some sort of laminating sheets to protect them and keep them from getting worse and then I'll need to find a way to protect the actual pattern pieces...but I can make my own cool leopardy wrap dresses! It will take some finagling and experimenting but I'll figure out how to make it happen. I need to do some fabric research, too, to find out what will give me the right drape and look. I'm still working on my DVF Simplicity wrap. I have a wearable muslin done but it still needs some adjustments. I'd love to make it in a crazy print, something similar to what an original would be made out of but in colors that I would wear. I'm working on some more Bossa Nova skirts, too. I wore my daisy skirt the other night and got so many compliments! I'll have to schedule more sewing time into my days to finish everything that I want to do - not to mention the knitting projects I'm working on! Sigh. But first I have to try to work on this computer. Wish me luck!
Posted by Bobbi at 9:54 AM No comments:

The other day I drove the hour to spend some time with my parents. They used to come here to see the kids but, well, my dad isn't doing well and the drive is too much for him. So I filled the gas tank, packed a cooler with road soda, and drove. Thank goodness for my ipod! On the way, I stopped to see my honey - he had a pound of morel mushrooms to share with my parents (it was just mushroom season and they all love them. I think they're a bit icky.) The town my parents live in has a thrift shop that mom adores. All of the money raised goes back into the town. I know that lots of places have such shops, but we don't have one here. So Mom and I went to check it out since I'd never been there. I had such a good time! Let me show you: 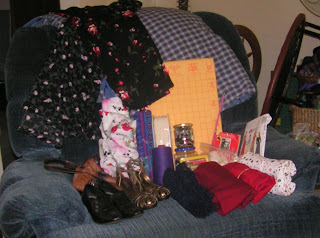 I got so many things! 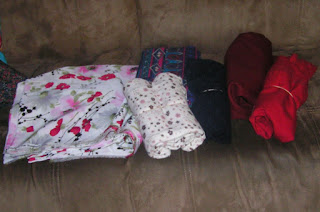 Several pieces of fabrics, probably man-made but all will be useful for small projects. The floral one is about two yards, so it may turn into a skirt. 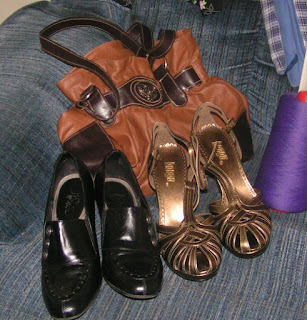 Two pair of shoes - one a rather Ravenclaw bronze and the other is kind of steampunky and vintage. I got the purse but haven't checked it out - I'm very picky about purses and have a hard time finding ones that serve my purposes. We'll see. 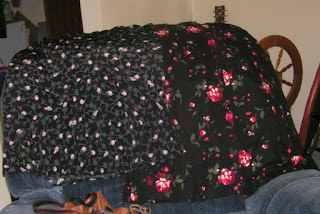 Two skirts. The one on the left just needs the elastic tightened up a bit and it will fit. The right one, though, is much too small but I like the fabric and will make a top out of it. 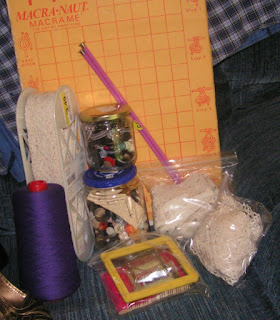 So many supplies! Two button jars! A new macrame board! A roll of sell-by-the-yard trim that hasn't been opened and two little pieces of trims. I think the purple cone is wooly nylon thread. The pattern is a bias cut skirt- I've been looking for one. Two weave-ette hand looms - I have a bigger square and a rectangle already and now I can make other sizes. (Have you seen how much these cost?) And the autobiography of Lauren Bacall because I adore her...cool and gorgeous. I don't usually use straight knitting needles but these are pink and I like pink. So, how much did I spend? Well, it was Bag Day - everything that fits in a bag for five dollars. This all was eleven bucks - two bags and the macrame board because it didn't fit in a bag. I forgot that they had a great set of vintage aluminum cups that I'd admired - it would have fit in one of the bags. I'll be going back. Next time will be a weekend because there's a little shop across the street that has crazy hours and I want to check it out. I went to an auction last weekend and am working on a post about those finds but trust me, the macrame board will come in handy! Happy Friday!
Posted by Bobbi at 9:27 AM No comments:

May Flowers and a New Baby

One of the best things about spring is the color! I love seeing all of the new blossoms everywhere. Our yard has a few right now 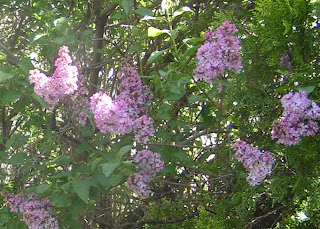 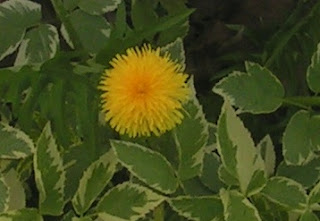 I was inspired by them, and the other varieties around us, to create some flowers for me! 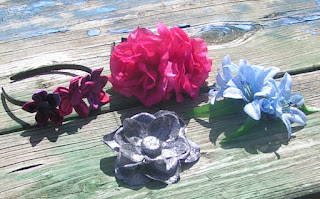 I love having flowers in my hair and have several already - fabric, crocheted, knitted, needle felted - but wanted some new ones. The one on the left is made from fabric circles. I found the tutorial on Instructables . It was very easy to make - one television show for all three and the centers, which are the little white plastic rings for crocheting that I glued some fabric around. I really like these flowers and have plans for some more. The big pink roses are on a headband and were inspired by Desiree and her spectacular Sassy Vamp headbands that she sells on Facebook (and I can't figure out how to order because sometimes I have no skills). I know it needs some leaves or something but that is still percolating in my brain. I was wearing the blue iris barrette this morning. It looks great with my curly hair but rubbed on the ceiling of my car while I was driving - go big, right? And the sparkly black one, well, last fall I covered a pair of sneakers in a mixture of mod podge and several shades of silver and black glitter. There was a bit left so I took apart a dollar store flower and covered it. It's been waiting to be finished all winter. It's on a barrette but really needs to be on a big alligator clip - but I can't find my stash of findings. It's not exactly bright and colorful for summer, but I love that it matches my shoes.
As for the new baby: 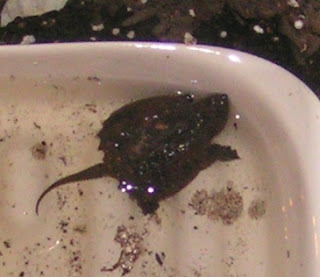 Khloe brought him home last night. Isn't he cute? You may remember that she had a pet toad, Bob, a couple of years ago. She was devastated when he crossed the rainbow bridge to toad heaven. Last night she was so excited to have a new baby to play with. He's a fast little turtle - can't leave him unattended or he'll get lost. I've set up a little home for him with some dirt to dig in and a bowl to swim in, but we need to do some experimenting with food. I read that turtles are omnivorous, so he has some lettuce and asparagus but hasn't touched it - probably because he's getting used to his new home. We'll take a trip to the pet shop later to see what they have. There's a break in the rain, so I'd better get outside - along with the flowers we have weeds that need pulled. Off to the great outdoors!
Posted by Bobbi at 10:56 AM No comments: