Getting Ready For Chills

I decided to get a jump on my Christmas knitting since I only have two gifts to make. One is done. The other is stalled out because it's for someone who doesn't like me. I'm knitting it as a sign of affection for someone else...and I'm really having a tough time finishing it. Instead I've made a couple of things for myself. The first was inspired initially by this project on the Up Sew blog. I selected this scarf labeled cashmere but cost five dollars so it's mystery fabric - but it's soft and warm and I love the wine color. I had the buttons sewn on but the fabric is too delicate and loose for button holes without stabilizer, which I don't have. So I took the buttons off and just sewed the ends up. It turned out pretty cool. 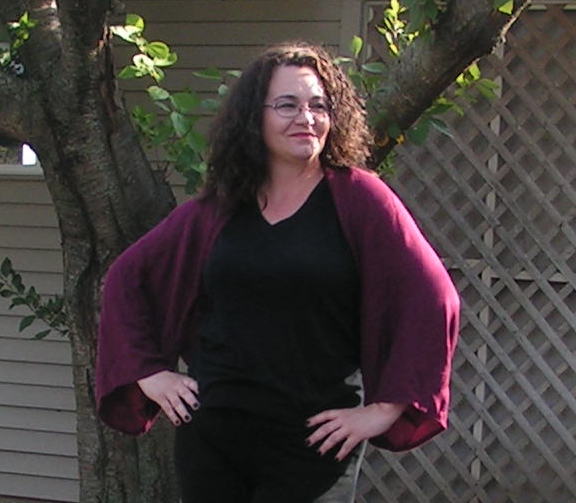 I still want to make one with buttons to make it like the inspiration project, though. Good thing my scarf collection is big! I just need to stop at the fabric store next week after court if I'm in a good enough mood, of course. The second one is a similar style - big rectangle sewn on the ends. I used some yarn that's been in my stash for around ten years. I'm glad I found a project for it finally. As I was knitting I thought of ways to add different stitch patterns to change it up, but the plain knitting was perfect for watching television. 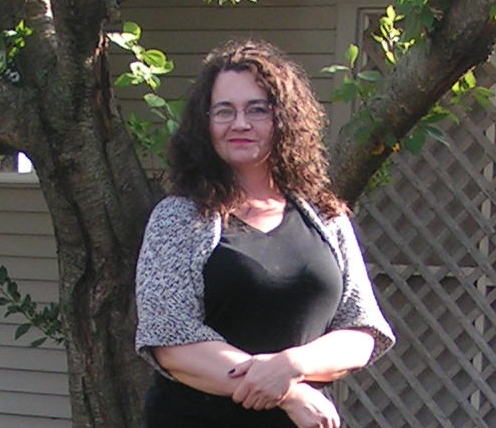 I may make a couple more of these, too. I have other yarns that would be good for something this simple. I suppose I should finish this gift, though. After I finish the Patti Smith - inspired project that I've been working on...and find a sewing project to restart my mojo...and maybe knit a sweater vest to satisfy the strange urge I've been having...
Posted by Bobbi at 10:13 PM 2 comments:

They Grow Up So Fast

Yesterday was my baby girl's fifteenth birthday. Fifteen. It seems like so recently when she was the tiny bundle with big blue eyes that charmed everyone. Now she's in high school and last weekend went to her first high school dance. 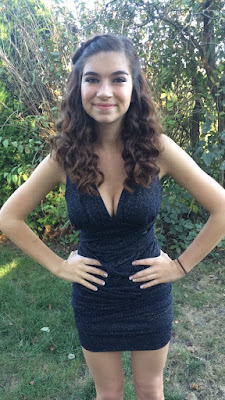 Isn't she beautiful? She went with a group of friends and had a really fun night. I'm glad she's enjoying school so far this year. In less happy news, I no longer have my job. I'm very heartbroken and depressed about it but won't talk about it further. It's back to the stress of looking now. Back with some finished projects soon, I hope.
Posted by Bobbi at 7:47 AM 3 comments: